Adekunle Gold sat with Guardian Life to talk about his debut “Gold” album, the reception it has received, controversies with the singles and more.

On expectations of the album doing well after its release, the singer revealed that he had been working on the album for two years and consequently expected a breakthrough of the album.

“I expected success, but what I didn’t expect was a huge outpouring of love and it’s been amazing, ever since I dropped the album, it’s been love all the way, I’ve travelled out of the country and the reception has been equally amazing,” Adekunle says.

On the controversy surrounding the single ‘Ariwo ko’, where on Twitter, some people suggested he was referring to someone or some group of artistes in particular, Adekunle clears the air, saying something he saw did inspire the song but he wasn’t calling out anyone in particular or any of the people that many suggested the song was about.

The ‘Sade’ crooner also spoke about being the executive producer for his album when that title is originally attributed to a label owner, which should be Olamide in his case.

“For my album “Gold”, I pretty much wrote the music myself. During production, I was the one telling the producer which direction I wanted everything to go. Olamide really entrusted everything to me, and was always there to remind me that he knows I can do it. He’d say “Just see it as your business, I’m only here to guide you.” So based on all this, it really just made sense to put me as the executive producer. And of course, I got the approval from my oga (Olamide).”

This Inger recently released the video for single ‘Friend zone’ off the album. 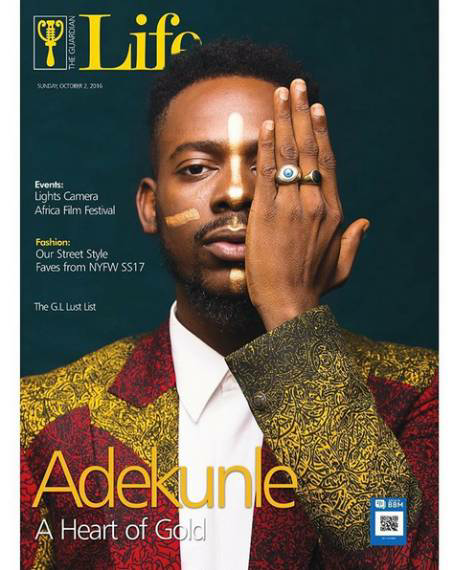 View all posts by cetvng